Skip to Content
Home / Bible Questions? / What is the Romans Road to Salvation?

The Romans Road lays out the plan for salvation through a series of Bible verses from the book of Romans in the Bible. These verses form an easy, systematic way of explaining the message of salvation. There are a number of versions with minor variations but the message and the method is the same. It is a simple yet powerful method of explaining why we need salvation, how God provided salvation, how we can receive salvation and what are the results of salvation.

1. I consider myself a ‘good person’, won’t that be enough?

Romans 3:23 says “for all have sinned and fall short of the glory of God,”

The creator of the universe is HOLY, In 1 John 1:5 it says “God is light and in Him there is no darkness at all.” God has set the laws in place for His creation to obey. These laws are the 10 commandments. You may consider yourself as a good person, but how do you measure up against God’s law? Have you ever told the smallest lie? If you have, then you are a liar. This means you have already fallen short of measuring up to God’s law. James 2:10 says “For whoever shall keep the whole law, yet stumble in one point, he is guilty of all.”

Romans 3:10-18 gives us a detailed picture of what sin looks like in our lives:

“10 As it is written:
“There is none righteous, no, not one;
11 There is none who understands;
There is none who seeks after God.
12 They have all turned aside;
They have together become unprofitable;
There is none who does good, no, not one.”
13 “Their throat is an open tomb;
With their tongues they have practiced deceit”;
“The poison of asps is under their lips”;
14 “Whose mouth is full of cursing and bitterness.”
15 “Their feet are swift to shed blood;
16 Destruction and misery are in their ways;
17 And the way of peace they have not known.”
18 “There is no fear of God before their eyes.”“

Romans 6:23 says “For the wages of sin is death, but the gift of God is eternal life in Christ Jesus our Lord.”

Disobedience to an infinite eternal God deserves an infinite eternal consequence. This punishment we have earned for our sin is death. Not just physical death, but eternal death. God show us His character and His laws in His creation, and the world around us. He has also written this law in our hearts, in our conscience. He has also confirmed this through His Word, the Bible. No good and righteous judge will let the guilty go free and the criminal unpunished. But God loves man whom He has made in His image and He has provided a way of escape by sending His Son Jesus Christ who is God Himself, to die in our place.

3.After what I have done to grieve God, how could He willingly die in my place?

Romans 5:8 says “But God demonstrates His own love toward us, in that while we were yet sinners, Christ died for us.”

Jesus Christ died for us! Jesus death paid for the price of our sins. Jesus’ resurrection proves that God accepted Jesus’ death as the payment for our sins. John 3:16-17 says “For God so loved the world the He gave His only begotten Son, that whoever believes in Him should not perish but have everlasting life. For God did not send His Son into the world to condemn the world, but that the world through Him might be saved.”

While Jesus died on the cross, he was mocked, spat upon and cursed. In the midst of this, Jesus cried out as per Luke 23:34 “Then Jesus said, “Father, forgive them, for they do not know what they do.” This is the amazing love, Christ had for His creation. Jesus died in your place, knowing every evil act, word and thought you would commit. Who can fathom such a powerful love. He loved you unconditionally even to the point of death when you are at your worst.

Romans 10:9-10 says “that if you confess with your mouth the Lord Jesus and believe in your heart that God has raised Him from the dead, you will be saved. For with the heart one believes unto righteousness, and with the mouth confession is made unto salvation.”

You can never be saved trying to be a good person, nor can you be saved by any amount of ‘good works’. Ephesians 2:8-9 says “For by grace you have been saved through faith, and that not of yourselves; it is the gift of God, not of works, lest anyone should boast.” We can be saved only by confessing our sins and placing our faith in God’s son, Jesus Christ who died and paid for our sins on the cross. We must also surrender our life to His lordship, placing Him in charge of every area of our life because we now belong to Him.

Romans 10:13 says “For whoever calls on the name of the Lord shall be saved.” Because of Jesus’ death on our behalf, all we have to do is to believe in Him, trusting His death as the payment for our sins – and we will be saved! Jesus died to pay the penalty for our sins and rescue us from eternal death. Salvation, the forgiveness of sins, is available to anyone who will trust in Jesus Christ as their Lord and Savior.

5. Did God hear me? Had God accepted me?

Romans 10:13 says “For whoever calls on the name of the Lord shall be saved.”

John 1:12 tells us “But as many as received Him, to them He gave the right to become children of God, to those who believe in His name:”. God’s word tells us that He hears and accepts ALL who come to put their faith in Him. There is no need to fear death any longer because Jesus broke the power of death on the cross with His own blood. The price has been paid in full and its God’s promise to receive all who come Him by placing their faith in Jesus Christ as their Lord and Savior.

Romans 8:1 now says “There is therefore now no condemnation to those who are in Christ Jesus, who do not walk according to the flesh, but according to the Spirit.” Finally we also have the great promise of God in Romans 8:38-39 “For I am persuaded that neither death nor life, nor angels nor principalities nor powers, nor things present nor things to come, nor height nor depth, nor any other created thing, shall be able to separate us from the love of God which is in Christ Jesus our Lord.”

Would you like to follow the Romans Road to salvation? If so, here is a simple prayer you can pray to God. Saying this prayer is a way to declare to God that you are relying on Jesus Christ for your salvation. The words themselves wont save you. Only faith in Jesus Christ can provide salvation!

“God, I know that I have sinned against you and deserve punishment. But I believe that Jesus Christ took the punishment that I deserve so that through faith in Him I could be forgiven. With your help, I place my trust in You for salvation. Thank you for your wonderful grace and forgiveness – the gift of eternal life. Amen!

If you have given your life to Jesus and would like to know more about having a relationship with Him, please contact us and we would love to talk to you about living a life with Jesus as the center of your life. 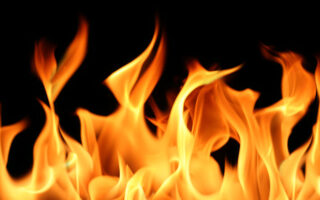 Does the Bible teach a literal hell? 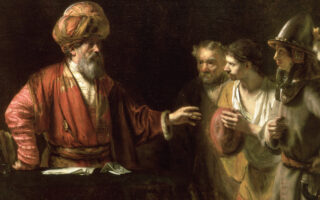 What does the parable of the dishonest manager mean (Luke 16:1-13)?