Skip to Content
Home / Bible Questions? / What does “where there is no vision the people perish” mean (Proverbs 29:18)?

Proverbs 29:18 “Where there is no prophetic vision the people cast off restraint, but blessed is he who keeps the law.”

This text in Proverbs29:18 is an excellent passage but often misused from its original contextual meaning. The misuse of this passage is a problem because it distorts the entire meaning of this verse. Instead, it is twisted to mean something else, and many Christians may not even know the original intention and biblical purpose of this passage.

The reading is often quoted from pulpits to say that we must have a vision for our own lives, a vision for the church, a business vision, or about dreaming big dreams for ourselves. It is good to have a “vision” in life, but this is not what the scripture is talking about. Instead, it is twisted to be man centred rather than a God-centred biblical interpretation of scripture. This type of cherry-picking verses can lead to translating the Bible into anything you want for your benefit. Most people who use this verse to promote church or personal vision never teach the proper meaning as intended in the Bible.

Not only that but often this passage is quoted from the King James Version (KJV) because it is translated in this way. When you compare to other versions of the Bible, it becomes clear that the intention of this verse is not about personal, church or business vision. Instead, it is talking about the prophetic revelation of God.

The “vision” being referred to here is about receiving divine communication from God. Whether it be from a dream, revelation, or prophecy. The Hebrew word used is “chazon”, and when you look at the Strong’s Bible Concordance, it describes the following:

1a) vision (in ecstatic state)

1d) vision (as title of book of prophecy)

When we examine scripture, we see the same word used in several other passages in the Bible. These references give light to the right interpretation of the word “vision” being used here. An example is in 1 Samuel 3:1 saying “And the child Samuel ministered unto the LORD before Eli. And the word of the LORD was precious in those days; there was no open vision.” Likewise, the same word is used to introduce the prophetic books of Isaiah, Obadiah and some of the visions of Daniel.

From these scriptures, we can determine the meaning of the word “vision” and see how to apply it to Proverbs 29:18. Ultimately the term used in Proverbs implies a “lack of God’s revelatory word”. In the Old Testament, God was still giving new revelation to His people. But now, we are a blessed people because we now have the complete word of God in our hands, through the Bible. No additional revelations are required any longer. Amen!

It is made even more evident when we read the remainder of Proverbs 29:18 because most times this section is ignored. Proverbs 29:18 says “Where there is no prophetic vision the people cast off restraint, but blessed is he who keeps the law.” You see, this passage is talking about the revelation of God and His law as given to us. When the people of the world do not accept the word of God, nor being taught in churches, or individual Christians not seeking the word of God to know Him and His precepts, then they cast off restraint.

What this means is that, rather than regarding the word of God, they go their own way. They become lost in their sin, and ultimately, it leads to death and eternal judgment. Romans 6:23 says “For the wages of sin is death, but the free gift of God is eternal life in Christ Jesus our Lord.”

Many people read God’s word but fail to meditate on it to seek the truth that has been revealed. Some people read it purely to seek personal benefits. This is done by applying promises in the Bible by claiming and grabbing instead of seeking the truth of the passage. Instead, they twist scripture to fit in with man’s self-seeking agenda’s.

James 1:22-24 says “But be doers of the word, and not hearers only, deceiving yourselves. For if anyone is a hearer of the word and not a doer, he is like a man who looks intently at his natural face in a mirror. For he looks at himself and goes away and at once forgets what he was like.”

Proverbs 29:18 is also saying, “blessed is he who keeps the law” Those who obey the written word are blessed. How will they obey unless they hear, and read, and come into a personal relationship with Christ? Meditate on the word of God day and night and seek to bring glory to God in heaven in all that you do. Notice that it is not merely a list of dos and donts. Instead, it is an indication of our love relationship with God. Amen!

Those who do not obey are called lawless, and they cast off restraint. This “restraint” is the word and law of God. The casting off of restraint ultimately leads to destruction, but blessed is he who keeps the law.

I also believe this is a severe warning for the church. Rather than misinterpreting this passage to create a vision for the church leading to growth programs, and buildings, it must be interpreted in its original intent. When the word of God is not preached in the pulpits; when the truth of God is not declared; when there is a watered-down gospel, and a seeker-friendly message spoken, then there is a lack of prophetic vision. This error can lead to the people casting off restraint because the truth is not taught. Without the word of God, people are “loose”, and they go their own way of living without restraint leading to a wayward life.

In conclusion, I pray that you now have a clear understanding of this great passage and at the same time; a warning in the Bible. I urge you to read this verse to understand what God is trying to teach you so that you may not be lost. I encourage you to immerse yourself in the revealed word of God – the Bible; and as you study and meditate on the word, that it will be a joy to you as you remain in His love.

Let us close with John 15:9-11 “As the Father has loved me, so have I loved you. Abide in my love. If you keep my commandments, you will abide in my love, just as I have kept my Father’s commandments and abide in his love. These things I have spoken to you, that my joy may be in you, and that your joy may be full.” 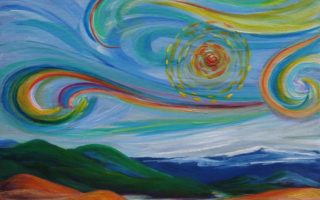 What does it mean to be filled with the Spirit? 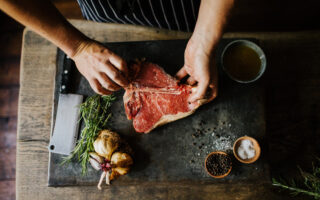 Is the teaching of eating meat offered to idols contradictory in the Bible (1 Cor 8; Colossians 2)?