Skip to Content
Home / Articles / God has established all authority

God reigns over the nations; God is seated on his holy throne. (Psalm 47:8) By me kings reign and rulers make laws that are just; by me princes govern, and all nobles who rule on earth. (Proverbs 8:15-16)

Have you ever heard people criticise the governing authorities?  It happens constantly.  We see it through all forms of media, we hear it in our families, among our friends, in our workplaces and in our community.

Let us look at what the Lord teaches us on this matter.  Do not blaspheme God or curse the ruler of your people. (Exodus 22:28) He makes nations great, and destroys them; he enlarges nations, and disperses them.  (Job 12:23) The king’s heart is in the hand of the Lord; he directs it like a watercourse wherever he pleases.
(Proverbs 21:1) He brings princes to naught and reduces the rulers of this world to nothing. No sooner are they planted, no sooner are they sown, no sooner do they take root in the ground, than he blows on them and they wither, and a whirlwind sweeps them away like chaff. (Isaiah 40:23-24) He changes times and seasons; he sets up kings and raises up others. He gives wisdom to the wise and knowledge to the discerning. (Daniel 2:21) The Most High is sovereign over the kingdoms of men and gives them to anyone he wishes and sets over them the lowliest of men. (Daniel 4:17)

Everyone must submit himself to the governing authorities, for there is no authority except that which God has established. The authorities that exist have been established by God.Consequently, he who rebels against the authority is rebelling against what God has instituted, and those who do so will bring judgement on themselves. (Romans 13:1-2) Remind the people to be subject to rulers and authorities, to be obedient, to be ready to do whatever is good, to slander no one, to be peaceable and considerate, and to show true humility towards all men.
(Titus 3:1-2) Submit yourselves for the Lord’s sake to every authority instituted among men: whether to the king, as the supreme authority, or to governors, who are sent by him to punish those who do wrong and to commend those who do right.
(1 Peter 2:13)  However, in submitting ourselves, he does not call us to break his laws, but to submit to his will.  Let us not forget that government is on his (Jesus) shoulders. (Isaiah 9:6)

There are many examples in Holy Scripture where the most High God is sovereign over the kingdoms of man and sets over them anyone he wishes. (Daniel 5:21)  For example, Pharaoh – I have raised you up (Pharaoh) for this very purpose, that I (the Lord) might show you my power and that my name might be proclaimed in all the world. (Exodus 9:16); Nebuchadnezzar – I will hand all your countries over to my servant Nebuchadnezzar king of Babylon; (Jeremiah 26:7) the most ruthless of nations. (Ezekiel 28:7); and, Pontius Pilate – “Do you refuse to speak to me?” Pilate (Governor of the Roman province of Judea under Emperor Tiberius) said. “Don’t you realise I have power either to free you or to crucify you?” Jesus answered, “You would have no power over me if it were not given to you from above.”
(John 19:10-11)  There are many other examples in Holy Scripture of powerful and ruthless rulers who were used by the Lord for his purposes.  The plans of the Lord stand firm forever, the purposes of his heart through all generations. (Psalm 33:11)  Who are we to work against the plans of the Almighty who works out everything in conformity with the purpose of his will? (Ephesians 1:11)

We can learn much from the stand of the Chinese House Church movement.

Once I spoke in the west and a Christian told me, “I’ve been praying for years that the Communist government in China will collapse, so Christians can live in freedom.” This is not what we pray! We never pray against our government or call down curses on them. Instead, we have learned that God is in control of both our own lives and the government we live under. Isaiah prophesised about Jesus, “The government will be on his shoulders.” (Isaiah 9:6)

God has used China’s government for his own purposes, moulding and shaping his children as he sees fit. Instead of focusing our prayers against any political system, we pray that regardless of what happens to us, we will be pleasing to God.

Don’t pray for persecution to stop! We shouldn’t pray for a lighter load to carry, but a stronger back to endure! Then the world will see that God is with us, empowering us to live in a way that reflects his love and power.

This is true freedom! (Brother Yun – The Heavenly Man)

It can be a hard thing to accept, but with all oppressive regimes, he allows them to flourish for a time. Does not the potter have the right to make out of the same lump of clay some pottery for noble purposes and some for common use? What if God, choosing to show his wrath and make his power known, bore with great patience the objects of his wrath – prepared for destruction? What if he did this to make the riches of his glory known to the objects of his mercy, whom he prepared in advance for glory –even us, whom he also called, not only from the Jews but also from the Gentiles? (Romans 9:21-24)

We only have to consider China, a communist state, and how the Christian faith is growing at a phenomenal rate!  We can look at Iran, an Islamic state based on sharia law, where the Christian church is the fastest growing Christian church in the world!  In putting everything under him (Jesus), God left nothing that is not subject to him. Yet at present we do not see everything subject to him. (Hebrews 2:8)  We may not necessarily understand what is happening in nations, or even see change in our lifetime, but we can rest assured that the Lord works out everything for his own ends – even the wicked for a day of disaster. (Proverbs 16:4)

I urge, then, first of all, that requests, prayers, intercession and thanksgiving be made for everyone – for kings and all those in authority, that we may live peaceful and quiet lives in all godliness and holiness. (1 Timothy 2:1-2) Be a good citizen. All governments are under God. Insofar as there is peace and order, it’s God’s order.
So live responsibly as a citizen. If you’re irresponsible to the state, then you’re irresponsible with God, and God will hold you responsible. (Romans 13:1-2) (MSG) 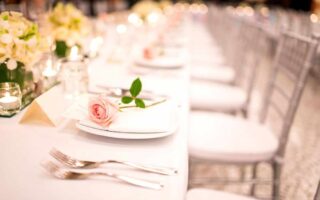 The Parable of the Wedding Banquet 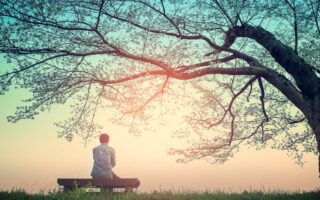 The earth and the heavens will wear out

The Torn Veil By Gulshan Esther with Thelma Sangster