Isaiah 7:14 is a prophetic verse of the coming Messiah. When this passage was written, it was to have an immediate fulfilment and a future one. In Isaiah 7:10-25, Ahaz refuses a sign the Lord offered when he spoke against his rebellion and ingratitude. Even so, God would continue to provide “a sign“, promised and appointed for the Jews. But what is this sign? The sign was described in Isaiah 7:14, saying, “Therefore the Lord himself will give you a sign. Behold, the virgin shall conceive and bear a son, and shall call his name Immanuel.”

The Hebrew word for virgin used here is “almah“. It must be noted that the more specific name for a virgin is “bethulah“. “Almah” is used seven times in the Old Testament, and it means “a young woman of marriageable age“, or it could mean “maid or newly married – there is no instance where it can be proved that his word designates a young woman who is not a virgin.” (Strong’s Dictionary). A young woman of marriageable age in ancient Judah and Israel was typically a virgin. An example of this usage can be seen in Genesis 24:43. The Septuagint translation of this word in the New Testament uses a greek term to mean virgin.

When Isaiah used this term for virgin, it helped fulfil the immediate context but was also valuable for the future fulfilment of the virgin birth of Jesus Christ in the gospel of Matthew (Matthew 1:23). This was to be “a sign” pointing to the Messiah who was to be called “Immanuel”. If it were just that a woman would have a son through natural causes, this wouldn’t be much of a sign.

Only Christ could take on this name of Immanuel (God with us), for He was the only begotten Son of God, who came down in the form of man and partook of our nature. That is why he is called “God with us”. This term cannot be applied to any ordinary man who is not God. This name represents extraordinary excellence and authority, which God only possesses. The name “Immanuel” is something that Jesus did not take on literally but describes His attributes. It is beautifully given to us in Isaiah 9:6 “For to us a child is born, to us a son is given; and the government shall be upon his shoulder, and his name shall be called Wonderful Counselor, Mighty God, Everlasting Father, Prince of Peace.”

This is why 1 Timothy 3:16 says, “great indeed, we confess, is the mystery of godliness: He was manifested in the flesh, vindicated by the Spirit, seen by angels, proclaimed among the nations, believed on in the world, taken up in glory.” Also, Colossians 2:9 says, “For in him the whole fulness of deity dwells bodily,”

This Christ, Immanuel, God with us, Jesus the Son of God, is the one who came into the world to bring with Him salvation by grace through faith, pouring out His love on the cross that whosoever believes in Him shall be saved. Amen! His throne is from everlasting to everlasting. Is this Christ your saviour? Is He the one who dwells on the throne of your heart? Take time to seek out this saviour, born through a virgin, so that you might be rescued from your sin, transferring you from the darkness and into the marvellous light of His presence. 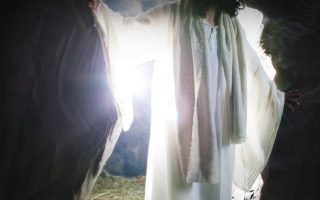 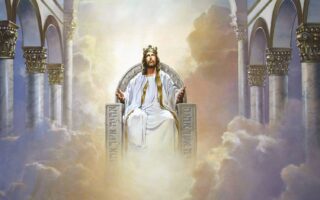