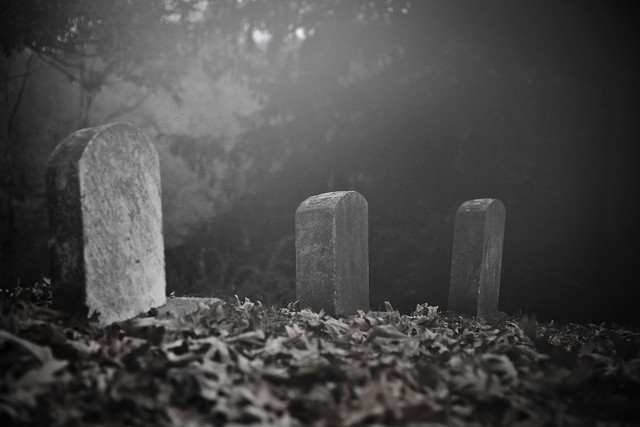 There is much discussion on the interpretation of these verses, and there is no definitive agreement on their meaning. Let us consider some of these, and to do so, we must begin with the passage’s context. The focus of 1 John 5:13-21 is the assurance of salvation. In 1 John 5:13, John established the audience by saying, “I write these things to you who believe in the name of the Son of God,” Then the reason for his writing is, “that you may know that you have eternal life.” In the previous verses (1 John 5:11-12), we are told that God gave us eternal life, and this life is in his Son. Whoever has the Son has life; whoever does not have the Son does not have life.

After establishing this fact, John now focuses on the power of prayer. John encourages believers to pray for those who have committed all other kinds of sin except the one that leads to death. We must be confident that he hears us when we ask anything according to His will (1 John 5:14-15).

The first possible interpretation is that sin leading to death refers to eternal spiritual death. Such a sin is mentioned in Mark 3:28-30, saying, “Truly, I say to you, all sins will be forgiven the children of man, and whatever blasphemies they utter, but whoever blasphemes against the Holy Spirit never has forgiveness, but is guilty of an eternal sin”— for they were saying, “He has an unclean spirit.” This sin is caused by the constant hardness of heart, being stubborn, and lacking love (Mark 3:5) and is the complete rejection of Jesus Christ. When a person continues in their unrighteousness and rejection of God, they are given over to their depravity as it says in Romans 1:24-28 and is beyond redemption. It is a judgment of God.

Although when we read the passage in 1 John 5:16, the context is about a “brother” who commits a sin leading to death and not leading to death. This reference to brothers suggests that they are not unbelievers but those professing to be Christians. If that is the case, then the verse may not be referring to unbelievers.

Another possible interpretation some suggest is that believers can lose their faith in Christ and lose their salvation due to their continuous unrepentant sin. But this is in stark contrast to verse 13 (and many other similar passages), where it says, “I write these things to you who believe in the name of the Son of God, that you may know that you have eternal life.” Those truly in Christ, regenerate, and have saving faith are eternally secure in Christ.

Another interpretation is that the one sinning into death is a brother but not a true believer. In other words, not an elect child of God and one who does not have saving faith. Someone who professes to be a Christian but without bearing the fruit in keeping with repentance (Matthew 3:7-8). These could be the false teachers’ John warned his readers about in 1 John 2:19. Others may be those who profess Christ with their mouths, but their hearts are far from Him (Matthew 15:8); they claim to know God but deny Him by what they do (Titus 1:16). A true believer will not persist in unrepentant sin that leads to a final hardening of the heart (1 John 5:18).

Finally, the interpretation that seems to make the most sense is the one where the “sin leading to death” is committed by a believer and refers to physical death. All disobedience to God is sin, and some sin can result in a physical death rather than a spiritual death. These sins could be so severe that God takes the life of the one committing them. An example of this is the story of Ananias and Sapphira in Acts 5:1-10. Both lied to the Holy Spirit, and as a result, God judged them both and was killed physically. Likewise, another example can be seen in 1 Corinthians 11:30, where many believers were weak, ill, and some died when they abused the Lord’s table in taking communion. The sin may not be “one” particular sin, but a sin that God determines is severe enough to punish with death. We see yet another example in 1 Corinthians 5:1-5 where it was reported that a man was having sexual relations with his father’s wife. 1 Corinthians 5:5 says, “you are to deliver this man to Satan for the destruction of the flesh, so that his spirit may be saved in the day of the Lord.” Paul here refers to excommunicating someone, so they are given over to some form of physical suffering, even as far as death, so that their spirit may be saved in the day of the Lord.

Prayers for such people will be ineffective because God takes away the life of a believer because of unrepentant sin.

Sin not leading to death.

In contrast, prayers are effective when we pray for believers in sin, not leading to death. Repentance is not a one-time event at the start of the Christian life so that we never need to confess again. Instead, repentance is continuously required. There is no sinless perfection before the “glorification” of our bodies, but what we are commanded to do is to resist the devil (James 4:7) and bear fruit in keeping with repentance. True believers may lapse into sin on occasion but will always return by repenting and seeking forgiveness (1 John 1:8-9). We are to pray that our brother or sister in Christ continuously seeks the guidance of the Holy Spirit to overcome their sins, humbly repenting and bearing fruits of righteousness. Just as we are commanded to pray for those in such situations for restoration, we are commanded to help them be spiritually restored. Galatians 6:1-2 says, “Brothers, if anyone is caught in any transgression, you who are spiritual should restore him in a spirit of gentleness. Keep watch on yourself, lest you too be tempted. Bear one another’s burdens, and so fulfill the law of Christ.”

In conclusion, all sin is serious to God. A brother or sister in Christ who recognises their sins and comes humbly to God in repentance will receive forgiveness (1 John 1:5-10). When we pray for such people, God hears and gives grace to them to help them overcome their sin and bear fruit for Christ. On the other hand, there is sin leading to death. Prayers for people in this sin may not be answered, leading to the desired outcome.

Every sin is serious to God, but He does not punish every sin with death in His mercy. May our prayer and heart attitude be that of Psalm 32:5 saying,
“I acknowledged my sin to you,
and I did not cover my iniquity;
I said, “I will confess my transgressions to the LORD,”
and you forgave the iniquity of my sin. Selah” 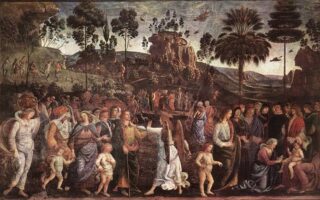 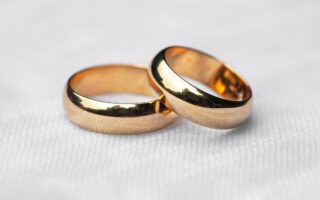 Marriage in the Bible? 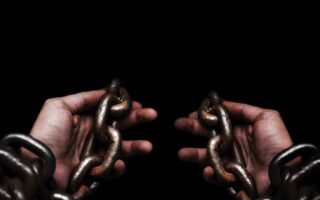 What does “For freedom Christ has set us free” mean (Galatians 5:1)?