Skip to Content
Home / Bible Questions? / Why did David find favour with God, when both David and Saul sinned? 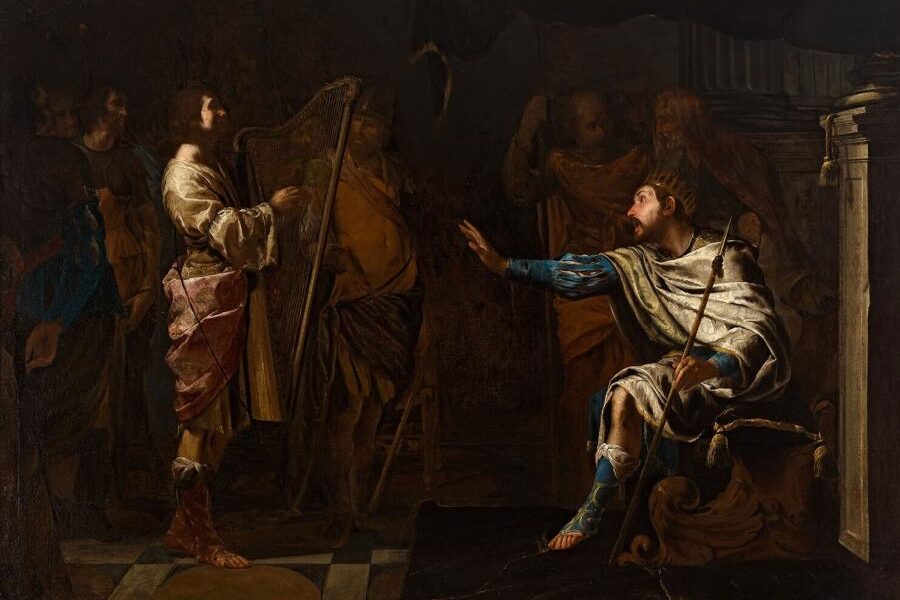 The story of David and Saul is a story of two kings of Israel, both of whom sinned against God. Why did David enjoy God’s favour and not Saul if both sinned? Not only did both sin, but both also repented to some level. So what is the key to understanding the difference? Let us begin by looking at both incidents to know why David was accepted and not Saul.

The decline of King Saul included several incidents. Although he had humble beginnings and was filled by the Spirit of God, gradually, pride, self-confidence and disobedience meant God’s rejection of Saul. In 1 Samuel 13:9-12, Saul offers a sacrifice that only the priests were authorized to perform. 1 Samuel 13:13 says, “And Samuel said to Saul, “You have done foolishly. You have not kept the command of the LORD your God, with which he commanded you. For then the LORD would have established your kingdom over Israel forever.”

Next, in 1 Samuel 15, we see a further decline of Saul. In chapter 13, Saul disobeyed God’s command by offering an unauthorized sacrifice, and now in chapter 15, he disobeys God again. In 1 Samuel 15:3, it says, “Now go and strike Amalek and devote to destruction all that they have. Do not spare them, but kill both man and woman, child and infant, ox and sheep, camel and donkey.'”

Saul failed to keep this command of the Lord and instead kept the best of the sheep, oxen, fatlings, lambs, and what was good and only destroyed what was worthless (1 Samuel 15:9). So when Samuel met Saul, Saul declared that he had performed the commandment of the LORD (1 Samuel 15:13), but Samuel points out this was a lie. In 1 Samuel 15:20-21, Saul brought back Agag, kings of Amalek, when he was commanded to destroy him. So, the kingdom of Israel is torn from Saul, and it is at this point, he apologizes, saying, “I have sinned” (1 Samuel 15:28-30).

Likewise, David also sinned. In 2 Samuel 11, David committed adultery with Bathsheba, Uriah’s wife, making her pregnant. David tried to cover up his sin by devising a plan to get Uriah to come back from the battlefront and get him to visit Bathsheba so that David’s offspring would appear to be Uriah’s. Uriah refused, knowing that his fellow soldiers were suffering at the war front. In desperation, David send’s Uriah back to the battlefront with a message to Joab, the captain, to place Uriah in the forefront of the hottest battle and for the troops to withdraw from him, ultimately killing him. The thing that David had done displeased God (2 Sam 11:27).

Another instance of the sin of David was in 2 Samuel 24:2-15/1 Chronicles 21:1-17, where David ignored Joab’s advice and took a national census. David’s unauthorized census resulted in God punishing Israel with a plague.

Now that we know both David and Saul sinned against God, let us look at why David found favour with God and not Saul didn’t. We need to take note here that the difference between David and Saul is not the fact that they sinned; in fact, all people sin. We will now see what differentiates them both is how they responded.

Both David and Saul repented of their sin but was it true repentance? In 1 Samuel 15, when Samuel rebukes Saul, it is met with resistance and hesitant admission of his mistake. He denied his error and maintained that he obeyed God’s voice (1 Samuel 15:20). It was only after Samuel’s persistence that he reluctantly repents. Saul also tried to blame others rather than take responsibility (1 Samuel 15:21). Even in this repentance, Saul was self-seeking. He did not want to lose face with the people and so requested pardon for his sin and that Samuel would return with him. Saul wanted Samuel to accompany him so that the people would honour him (1 Samuel 15:30).

Finally, Saul’s repentance does not bring about change in his life and attitude toward God. Saul seeks and tries to kill David even though it is the wrong thing to do. Saul admits he is sinning by confessing to David, saying in 1 Samuel 26:21, “Then Saul said, “I have sinned. Return, my son David, for I will no more do you harm, because my life was precious in your eyes this day. Behold, I have acted foolishly, and have made a great mistake.” David knew this was not true repentance; rather, Saul would continue to seek him out and kill him. So, in 1 Samuel 27:1, David says in his heart, “Now I shall perish one day by the hand of Saul. There is nothing better for me than that I should escape to the land of the Philistines.” Saul’s repentance was temporary, self-seeking, and not true. It was not out of love for God or to glorify him or to turn back from his wicked ways and set his heart on the things of God.

In contrast, David had true repentance. David took his sin seriously. He did not provide excuses, blame others for his sin, or minimize it; instead, he took ownership of it and knew that he sinned against God, and God alone. David writes Psalm 51, a psalm of confession and seeking forgiveness. David, in this psalm, recognizes his need to come humbly before God and plead for forgiveness. David does not blame anyone for this sin or make excuses; instead, he laments over his sin and appeals to God’s mercy and love, knowing that there is forgiveness in God. David had the right heart before God, one of humility and true repentance. David didn’t even attempt to point to some of his good deeds to reduce the guilt of his sin.

David in Psalm 51:1-2 says, “Have mercy on me, O God, according to your steadfast love; according to your abundant mercy blot out my transgressions. Wash me thoroughly from my iniquity, and cleanse me from my sin!” David failed many times, but he sought the Lord for forgiveness, owned his sin, and had faith in God’s mercy and grace. He loved the law of God and meditated on his statutes, and desired to follow it.

In summary, David found favour with God because his heart was set on God. He loved God’s word and delighted in them, even though he failed many times and committed sin. Yet, he came back to God humbly, seeking forgiveness and with an open heart to learn from his mistake no matter the cost. In contrast, Saul did not find favour with God because he sought to blame others for his mistakes; he sought the fame he got from the people in pride rather than honour and glorify God. Saul continued in bitterness, seeking to kill David because of his pride. David, on the other hand, desired to please God. David’s love for God can be seen through the many psalms that he wrote.

We see a similar parallel between Judas Iscariot and Peter. Both struggled with sin. Peter struggled with pride and Judas with greed, and both betrayed Jesus. The difference was that Peter loved Jesus. He repented of his sin. He believed God could and does forgive our sins, having faith in Christ.

In contrast, Judas’ sorrow didn’t result in true repentance. He knew he sinned and betrayed innocent blood (Matthew 27:1-4). Still, it was only self sorrow not leading to true repentance. 2 Corinthians 7:10 says, “For godly grief produces a repentance that leads to salvation without regret, whereas worldly grief produces death.” Judas ended up hanging himself, whereas Peter fulfilled the ministry to which he was called.

In closing, may we too come in true repentance leading to salvation and godliness, by faith in Jesus Christ, loving Christ, and glorifying Him in all we do. Amen! 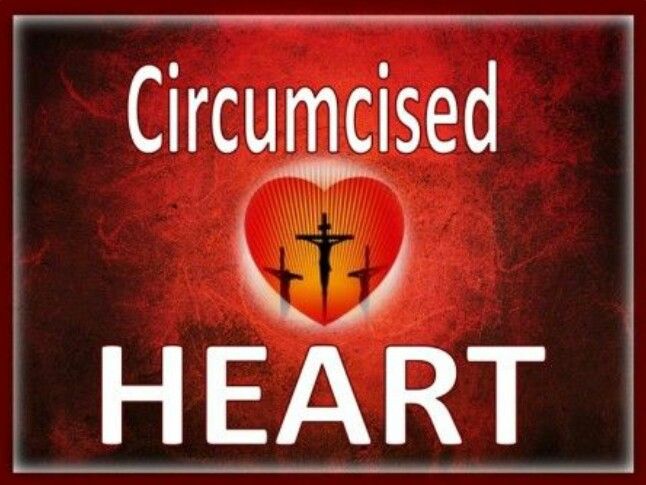 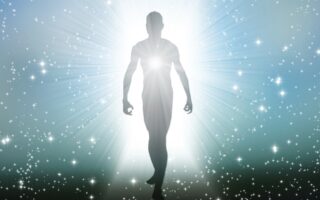 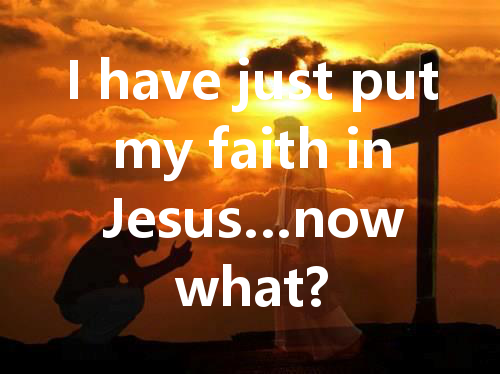 I have put my faith in Jesus…now what?